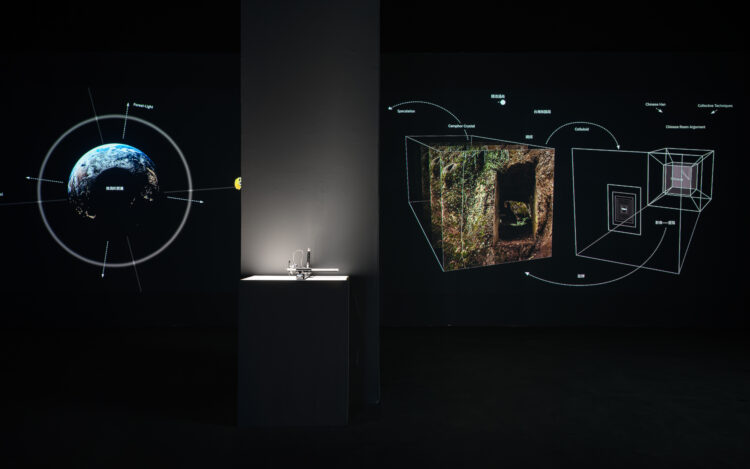 The Epoch of Other Things: Wu Chi-Yu Solo Exhibition

Other things are markers of time, they are an existing method for the collective cognition of narrative production.

As interpreters of the world, human beings narrate their relationship with the ecology, with other things, and with their imagined ancestors. They believe that all existing events and objects must be interconnected. Through their discoveries and interpretations, they knit together events and objects into a web that simultaneously reveals the temporal-spatial phase and the significance of their existence. However, this existence is not a thing of the past but the present state of the ecology. It is preserved in reality through small apertures in time. They take shape or disintegrate according to the frequency of these apertures.

Apertures in the ecology provide a means for observing other things: rays of light pass through spaces between leaves, then scatter on the ground. The imagery this creates is not of the sun in that specific moment, nor is it time that has since passed; it is a temporospatial perception of light emitted by a star, projected through leaves onto the ground, then reflected onto the retina. The expansive forest is like a thin membrane on the path of this light that originated from the universe. This aperture in the forest is a passage to the world, connecting the Earth’s surface with the star in the Universe. Using this concept, human beings have designed various apertures through which to interpret the world. These interpretive technologies are not human inventions, but have been discovered from within existing time. Interpretations within this segment of block time that illuminates the Earth and the retina have already been weathered at the time of conception. The past that they point to simultaneously exist in the present and in the future.

Passages within the network are methods for observing other things. Signals are refracted according to temporal frequencies upon countless interfaces, to produce a world through forests of silicon wafers created by human beings. The appearance of the apertures interprets the existing stereoscopic visual sense of organisms: from the space between the two eyes, to the standardized screen dimensions. These signals are human interpretations of the world. This world was in existence at the time of transmission, and is connected to all that existed before the signal was transmitted. Other things are connected through the network on the Earth’s surface, but the present moment seen within the interface is neither the world nor the shimmering frequency, but a synchronic universe formed between the end-to-end signal transmission and the iterations of system maintenance. Interpretation is formed before objects are linked. What exists is an alternate name for the interpretation of images within time that serves as a technology for creating the world. The interpretive content preexists the world.

The forests have vanished; the network is iterative. We sample the traces of other things in an enclosed space, entering into a world entombed beneath the Earth’s strata. Humans assume the records of time are preserved within Earth’s strata, but the strata are not a warehouse for cumulative time; they are instead a place of ecological exchange.  In an epoch of other things, there is no temporal flow recognizable to human beings, but the connections between matter have never ceased. 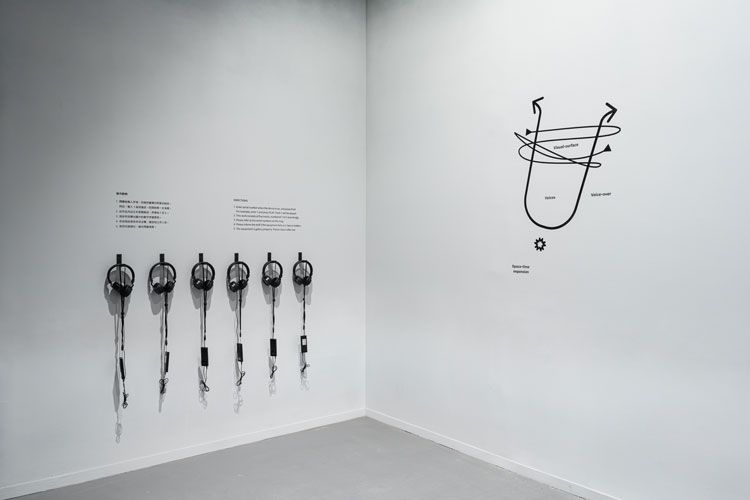 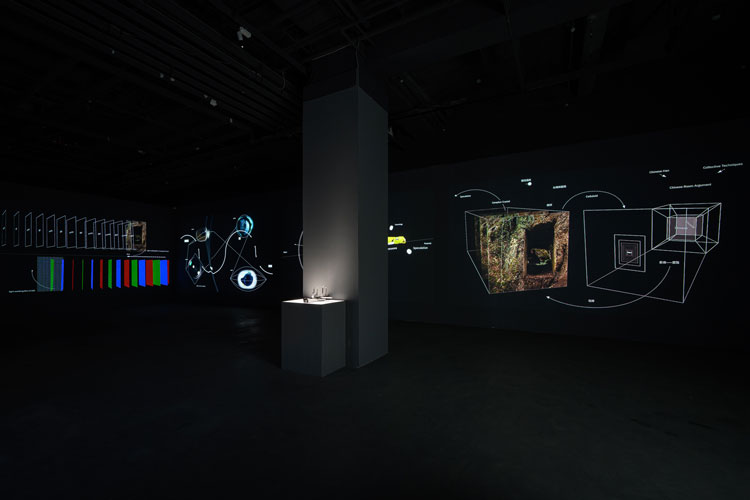 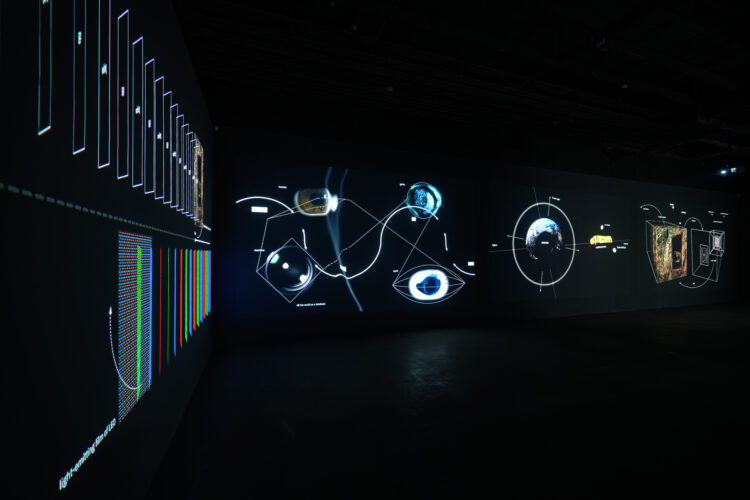 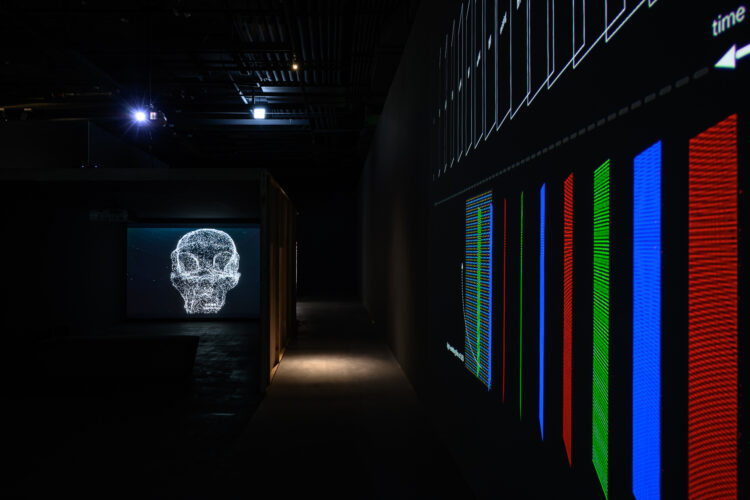 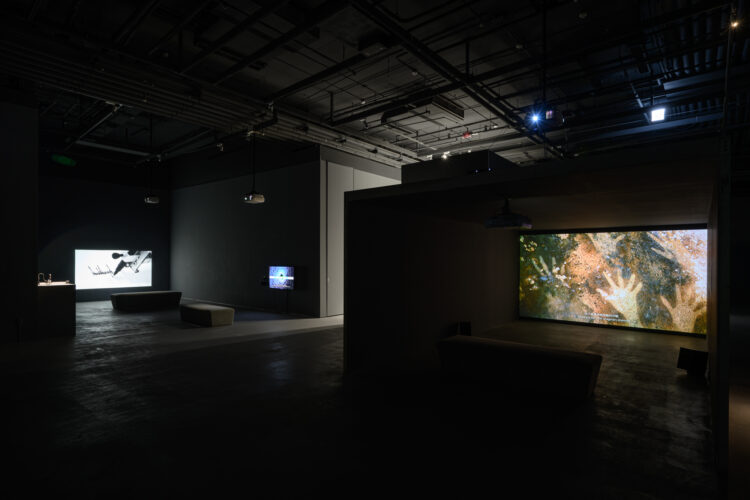 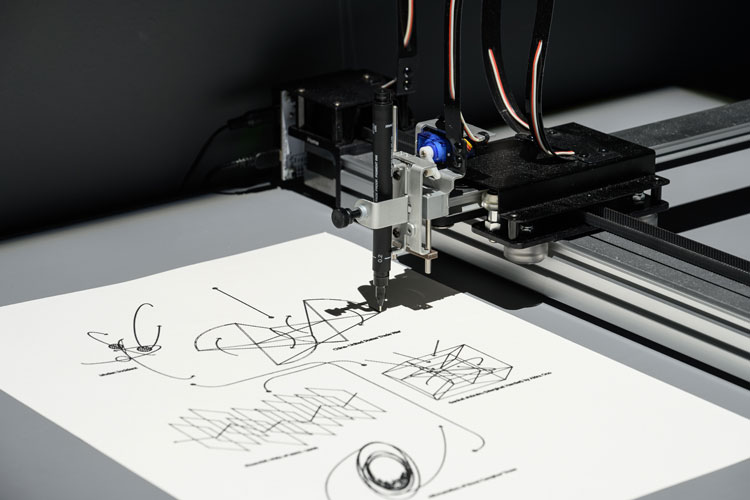 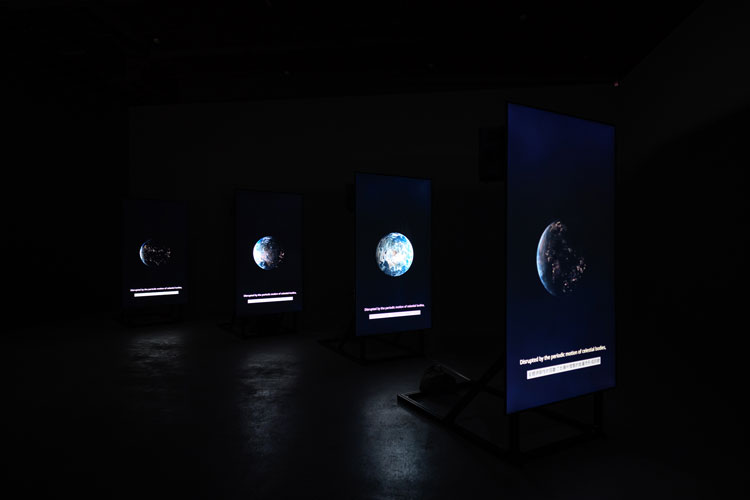