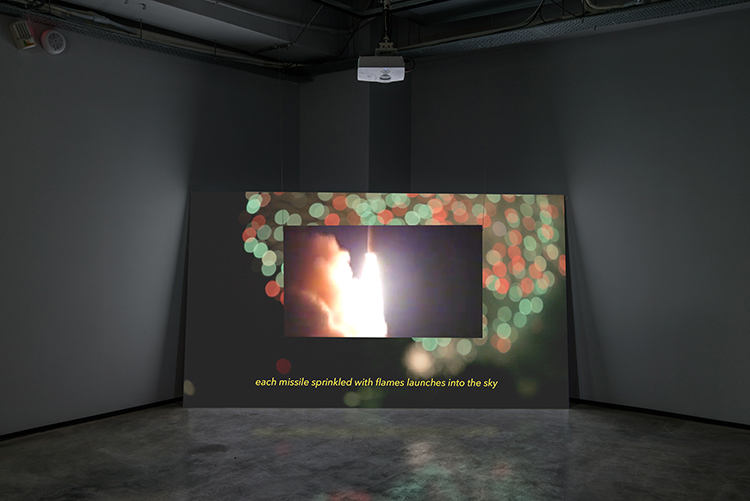 Four Centuries in an Afternoon
In the antiquarian collection in museums, time seems to be organized in a certain order on the display shelves. From the first book to the last one, time is densely concentrated, written on paper or inscribed on fragmented artifacts. The mere distance of ten centimeters from one end of the 17th century cabinet may be equivalent to the passing of a hundred years, while the different combinations of time displayed on the shelves embody the entity of a timeline. By walking along the border of the archaic glass cases for five minutes, we have perhaps already gone through half the Earth’s life cycle. The freedom of choice and the physical experience in this process could span hundreds or millions of years, whereas the passing moment and imagined future awaits at the end of the perceptible exhibition. The museum viewing experience is the starting point of the work “Storyline". The timeline, the general work space in nonlinear editing software, is substantialized and manifested in a long table laden with documents and various elements. The volumes, graphics and fossils placed on the table configure a temporal axis that enables an open viewing sequence and direction, and a temporal sense that cannot be realized in the moving image.

Imaginations of the Compound Eye
On a cool summer night barbecuing by the canal in Amsterdam, we conversed with each other about our imaginations of the tropical island and how their understanding of island life is mainly constituted by the film, “Lord of the Flies". Encircled by the ocean, the independent lifestyle of the island entails that islanders receive abundant resources from the ocean, whilst everything transmitted from the other side of the ocean constantly challenges the island’s pre-existing knowledge of reality. The work “Refraction" originates from the Lanyu elder’s interpretation of the island’s inception. It amalgamates the island’s geographical surrounding and local legends with the Christian faith, resulting in a unique account of the Genesis. As separated islands and the common political body, Taiwan, we view one another through the lens of outsiders, gazing at the development of the other while being divided by the ocean. This rings true from Taiwan to Lanyu, from China to Taiwan, and even to the European geographical imagination exemplified in the “Lord of the Flies". When our gaze crosses a large body of water, our cognition and imagination alters as well. As a political community or a group tied together by the notion of being a political community, different perceptions of creation and of the future nevertheless persist.

Glimpse of Mach 5 in the Sky

In “The Postwar Political History of Taiwan," a few 1996 missiles were described as possessing the unlimited potential of altering the fate of the island. In the dark of the night, the missiles did not cross the territorial sky of the island but instead flew across the vast ocean surface. Only a brief streak of light was captured on footage before they crashed into the sea. The dark screen was full of noise, while the lights on the island may have been the only guide to the spectral figure of the missile. When flying at sonic speed, could hastily catching a glimpse of the island’s lights be a way of perceiving its future? “Nosedive" is a phantom journey set in motion by attaching the camera to mobile vehicles, such as transportation methods by rail, cars, vessels and unmanned aerial vehicles. At different speeds, it manifests as a way to traverse and observe the island. Refraction of light occurs when light travels at different speeds due to a change in its transmission medium. It then changes direction as the speed varies, allowing the phenomenon to be visibly perceptible. From the optical refraction to the discrepancy between images propagated by the media, the visual refraction caused by crossing the ocean alters our perception of reality, and of different realities at different velocities. 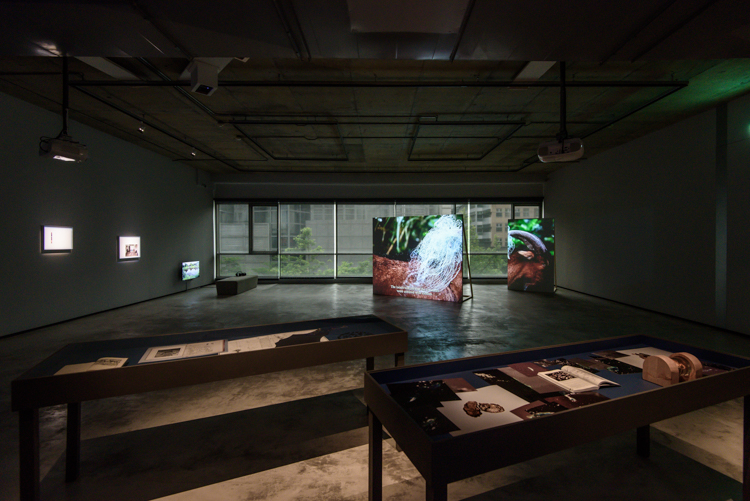 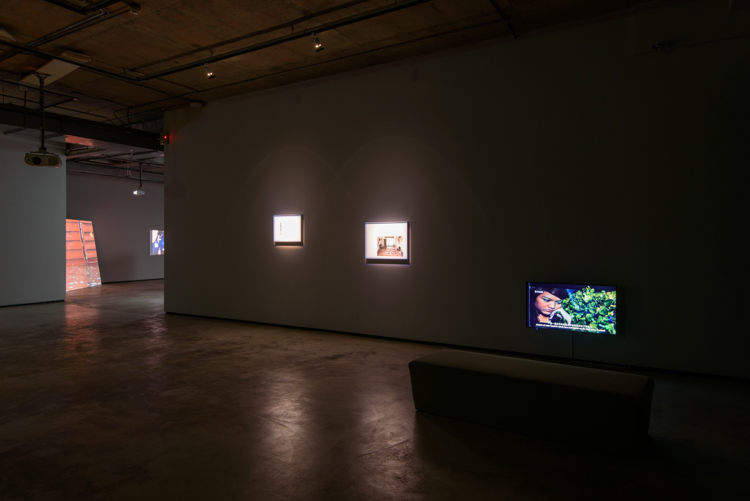 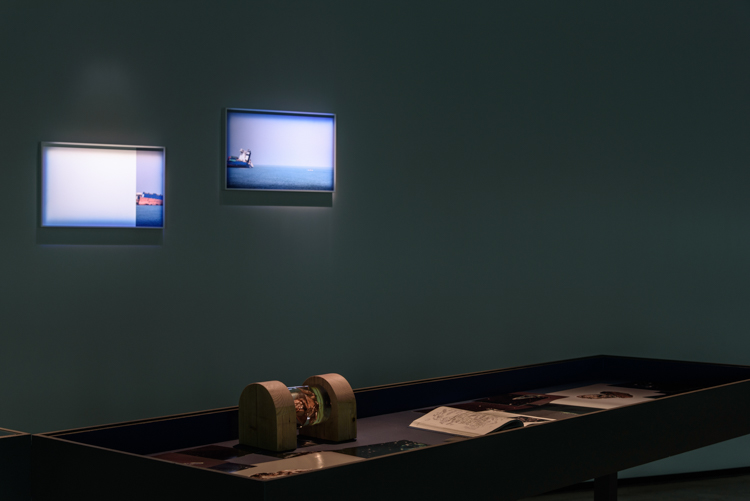 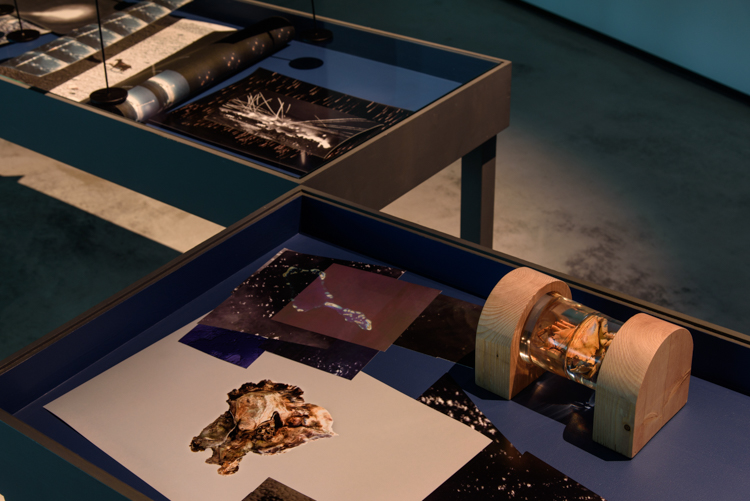 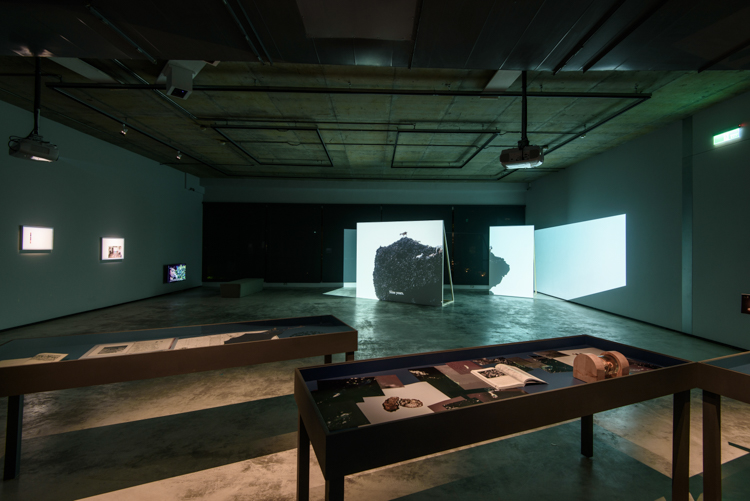 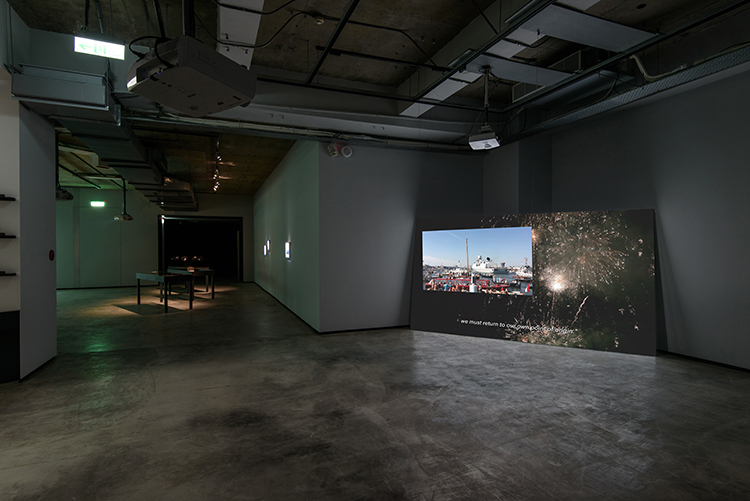